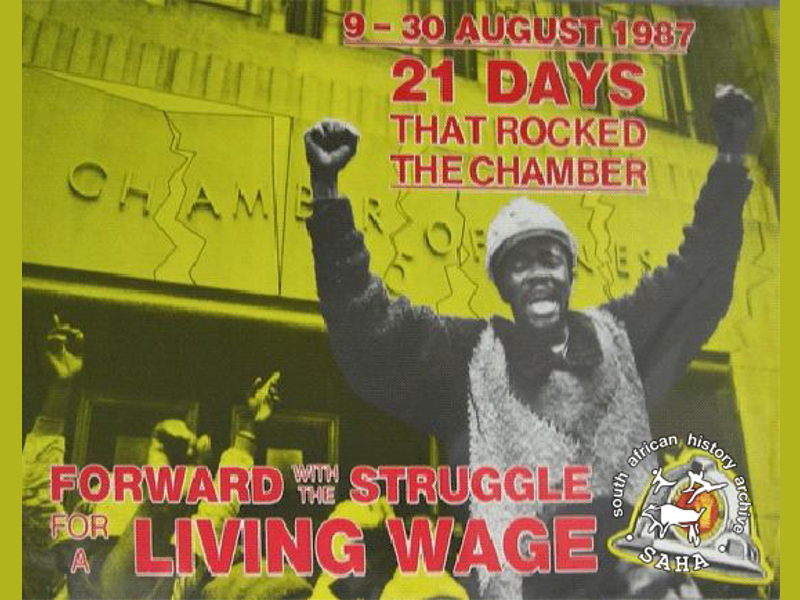 Warren Buffett (born 1930) is a US American entrepreneur, investor, and multi-billionaire. From the 1980s, social achievements were reduced worldwide in favor of the rich. In Great Britain, Magaret Thatcher smashed unions and described striking miners as ‚the enemy within‘ in 1984. There was also resistance in Apartheids South Africa. In 1987, more than 300,000 black miners organized a strike.

When did this proverb originate: ‘White Man’s work eat people.’ 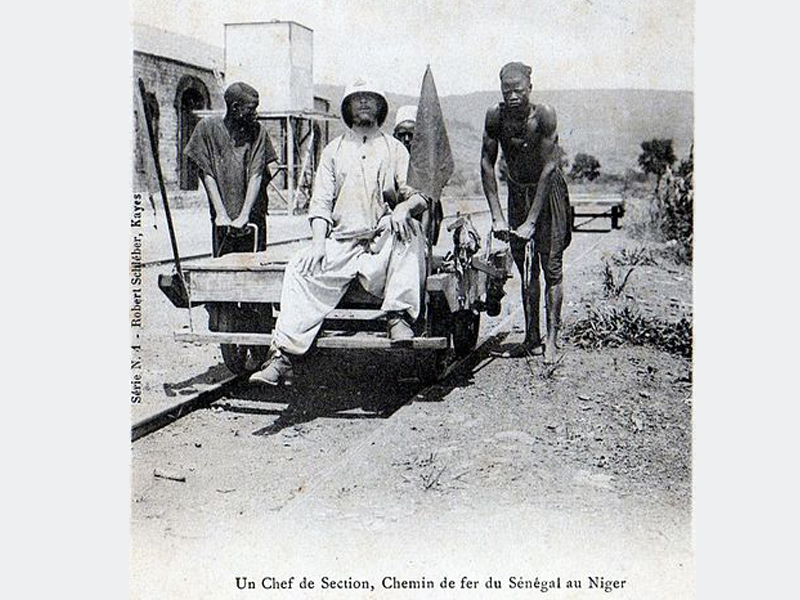 Mossi proverb from what was then Upper Volta and is today Burkina Faso. Enslaved Africans were forced to work on colonisers’ plantations and infrastructure projects. For example, in the early 20th century, one fifth of the 'workforce' in the German colony of Cameroon died of hardship and disease. This high mortality rate was also at the root of the Mossi proverb in today's Burkina Faso.

When did a German politician state that ‘If you don’t work, you shouldn’t eat (...). Only those who work should eat.’ 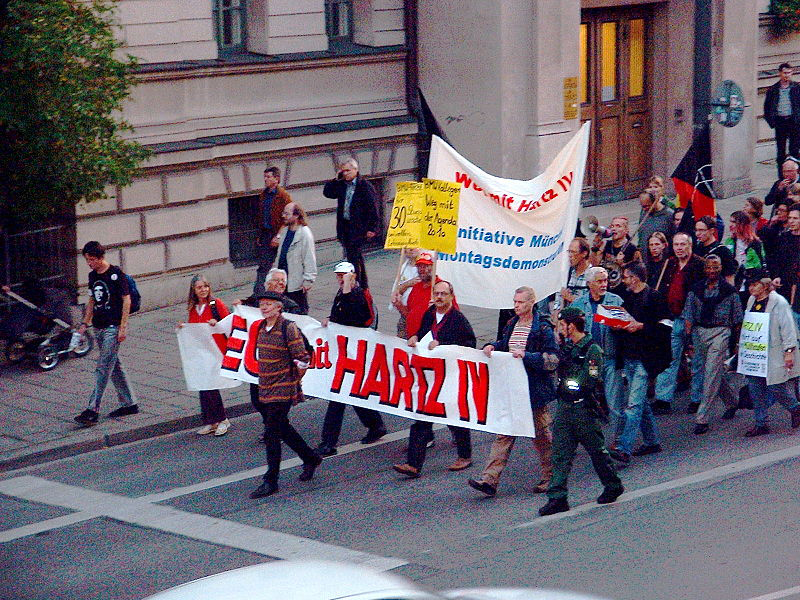 Franz Müntefering (born 1940) is a German Social Democrat. With the introduction of a new unemployment benefit (Arbeitslosengeld II, also called Hartz IV) in Germany, many unemployed people were exposed to severe control and repression. According to the unemployed workers’ initiative Basta!, the widespread ‘lie of the lazy unemployed’ plays into the hands of those who benefit from underpaid work.

When did a German Social Agency write that ‘the Turk (...) if he is handled correctly, can be integrated and exploited.’ 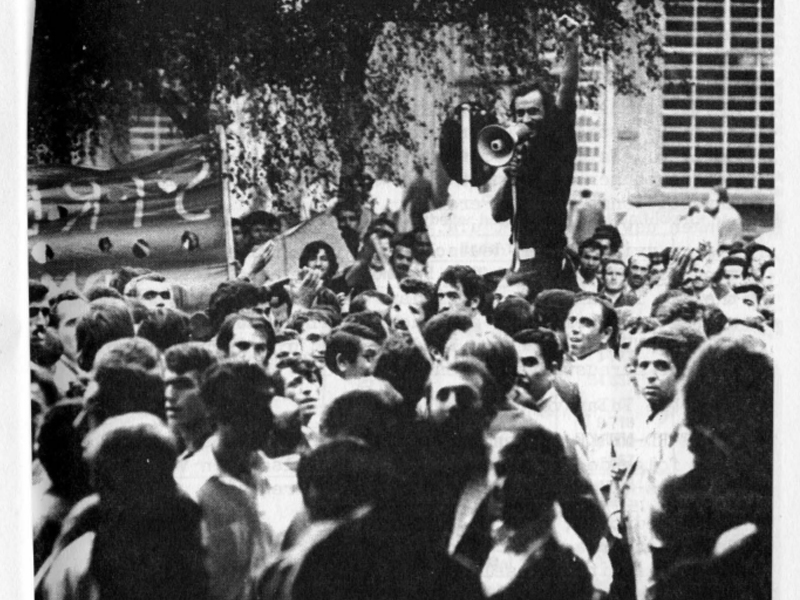 Employee of the Westphalian-Lippian Landscape Association which oversees social and youth work as well as assistance for people with special needs. The West German post-war economy needed cheap labour. Therefore workers from poorer countries in Southern Europe and North Africa were recruited. There were no collective bargaining agreements for them, so they did not have the same rights as West German workers. However, they organised themselves, e.g. in 1973, 6000 Turkish workers went on strike at the Ford-factory in Cologne.

When did the following song originate: “Always spinning sheets of silk/We shall never be better dressed/But always naked and poor/And always suffering hunger and thirst.” 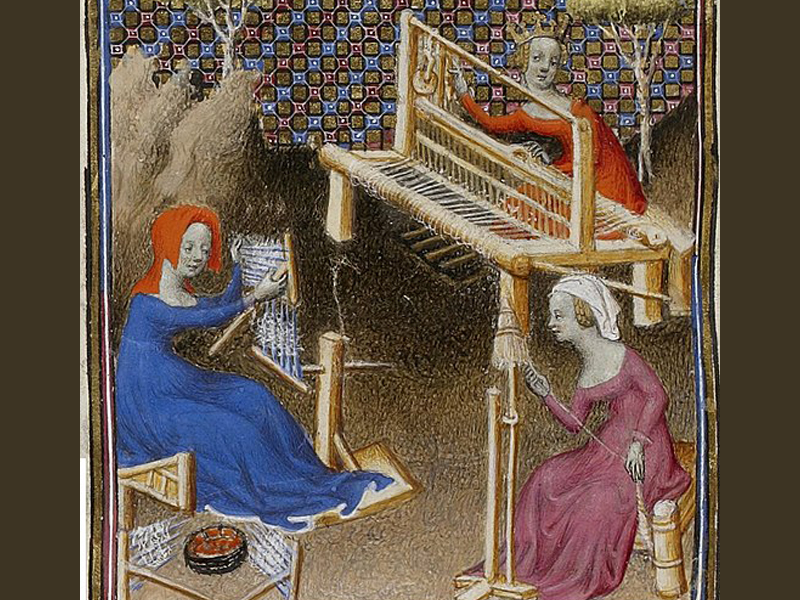 French song by women silk-spinning workers. As Silvia Federici (2014: 66) writes, and as records from French city archives show, most of society tended to associate women wage earners with prostitution. Today, the work of textile workers, especially in the Global South, is still characterised by extreme exploitation, and 80% of them are women. An investigation of 108 companies found that 93% of them did not pay a living wage (2020, URL).

When did the historian Walter Rodney state that ‘Surplus from Africa was partly used to offer a few more benefits to European workers and served as a bribe to make the latter less revolutionary.’ 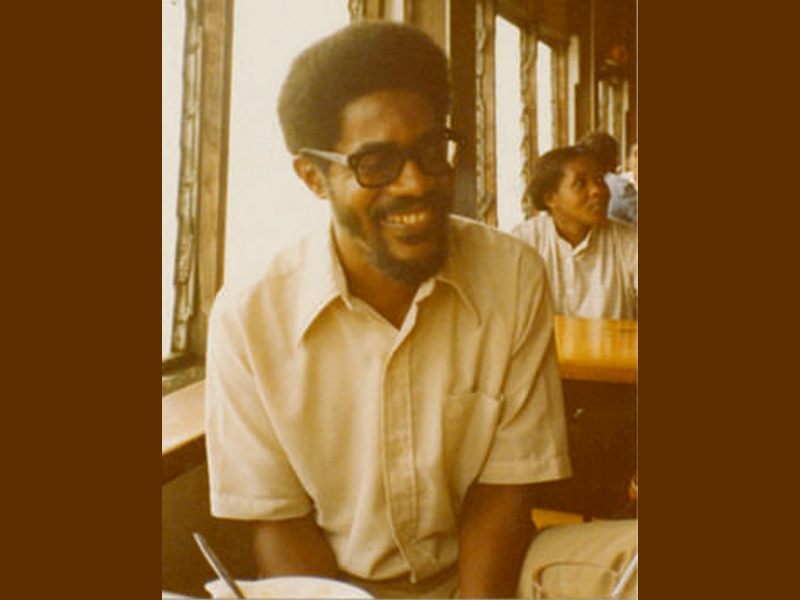 Walter Rodney (1942-1980) was a Marxist historian and politician from Guyana who was killed in a bomb attack. Although companies and states in particular benefited from colonial conquest and plunder, they also enriched the working classes, as consumer goods such as sugar and coffee became cheaply available to them. In addition, the exploitation of workers shifted to the colonies as, after long struggles, working rights were introduced in Europe. Nationalist and racist discourses also made international solidarity difficult, as Rodney describes.

When did a priest in North America claim that ‘The greatest difficulty with our boys is to overcome their innate aversion to work.’ 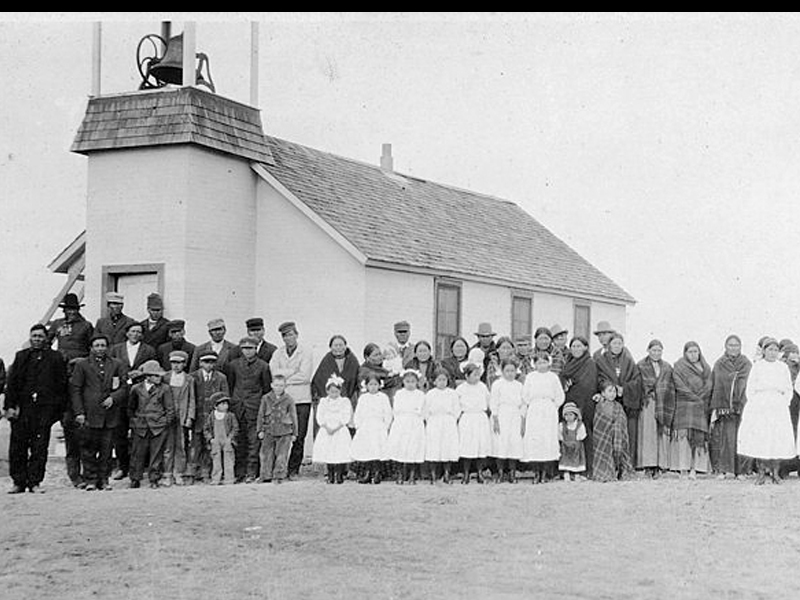 Anonymous priest who evangelised among the Lakota Sioux in North America about his pupils. Lakota spirituality was fundamentally different from Christianity. They believed that they only thrived thanks to nature’s benevolence and did not consider humans to be the pinnacle of creation. Sitting Bull and many others protested against the confinement of the Sioux (to which the Lakota belong) in reservations, and against living conditions in them.

When was the following said: ‘Work never killed anybody, but through idleness people loose life and limb, because man was born to work like a bird was born to fly.’ 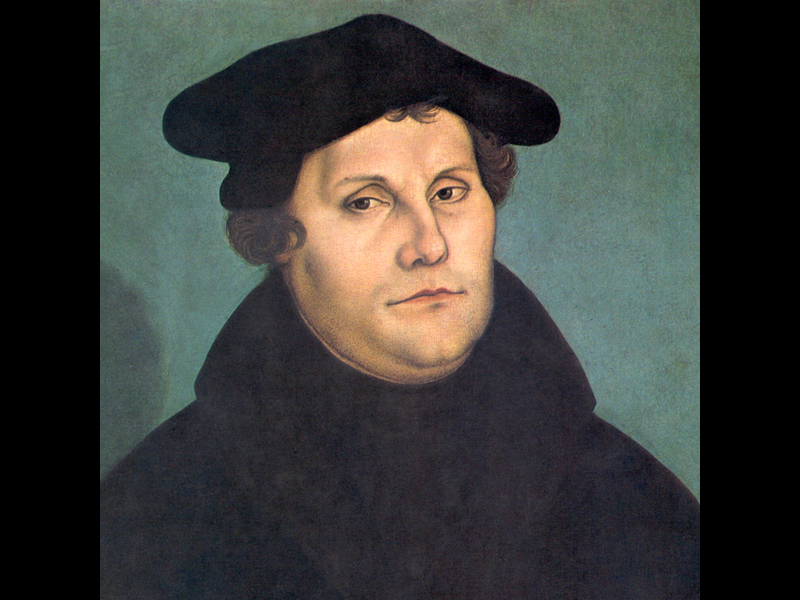 Martin Luther (1483-1546) was a German monk, professor of theology and the most important figure in the Reformation. Luther saw work as a form of worship. In Calvinism in particular, property and wealth were viewed as signs of divine pleasure. The sociologist Max Weber (1904/1905) described the close connection between the Protestant work ethic and capitalism.

When it was claimed that ‘The Devel was in the English-man, that he makes every thing work; he makes the Negro work, the Horse work, (...) the Water work, and the Winde work.’ 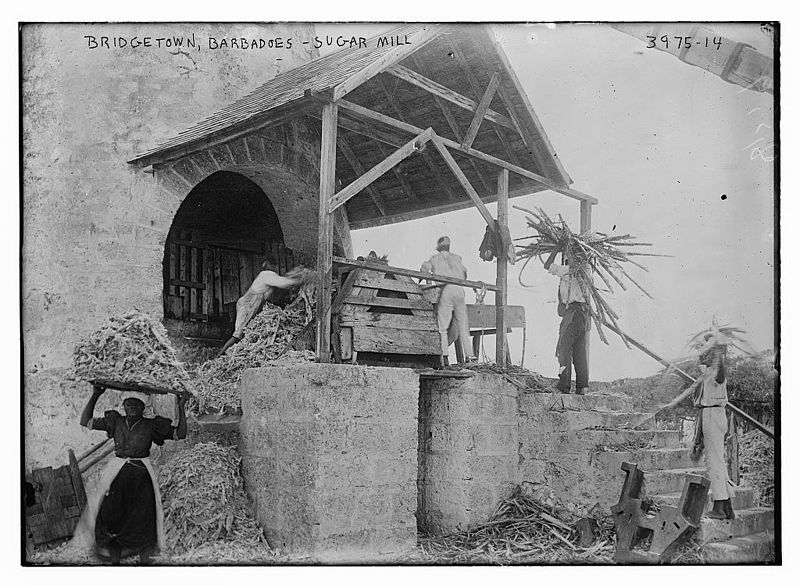 Anonymous enslaved person in Barbados. Working on the plantations, English and Irish serfs, enslaved Africans and American indigenous peoples were settled, exploited, tortured and murdered in the cultivation of sugar cane. They defended themselves, often together, through flight, arson, murder and revolt. In the Caribbean, as in other parts of the Americas, resilient formerly enslaved people formed what were called Maroon communities.

When did three ‘queens’ lead a workers revolt on the Virgin Islands which inspired the song Queen Mary, ah where you gon' go burn? 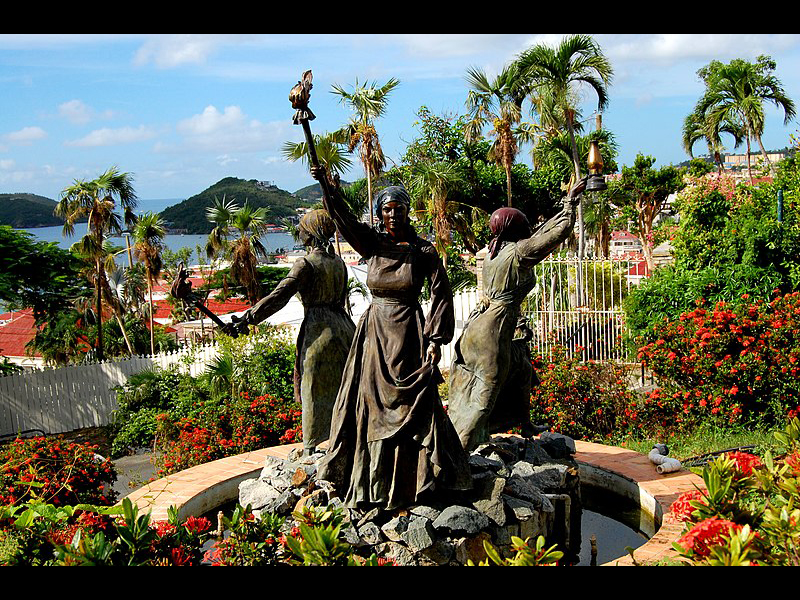 From a song about Mary Thomas (approx. 1848-1905) who was called Queen Mary. She was one of the three black women leaders of workers' protests in the Virgin Islands, then a Danish colony. Although slavery was abolished in 1848, working conditions barely improved. Queen Mary organised the Fireburn Protests with Queen Agnes and Queen Mathilda. These were the largest workers' protests in Danish history. The statues in the picture are a reminder of them.